Jeremy has dropped out in Wales and squatted in London. He also participated in performance-art events with sculptor Paul David Wright who for many years was part of the design team for the Pink Floyd stage shows. Jeremy eventually received some excellent education at Birkbeck, University of London, where he gained a First Class degree in English and was twice awarded the biennial ‘John Hay Lobban Prize for the Most Promising Student of English Literature’. He has an MA in Creative and Life Writing (Distinction) from Goldsmiths, University of London, and a Master of Letters degree from Cambridge University.  He has taught at Cambridge University, London University and The University of Roehampton.

He has reviewed for The Observer, The Sunday Telegraph, the Times Literary Supplement, The Spectator, the New Statesman, and many other publications. His short stories and poems have been published widely. He won the Waterstones / BBC Radio Manchester short story prize (2002) and the story was broadcast on BBC Radio Manchester; he won the 2009 Cinnamon Press Short Story Competition. His second collection, Swimming with Diana Dors and Other Stories was published by Cinnamon Press in June 2014. He is finishing  a crime novel.  Jeremy taught English Literature to American BA students at Birkbeck for over twenty years.  He is now working on a memoir about Hackney in the 1970s. 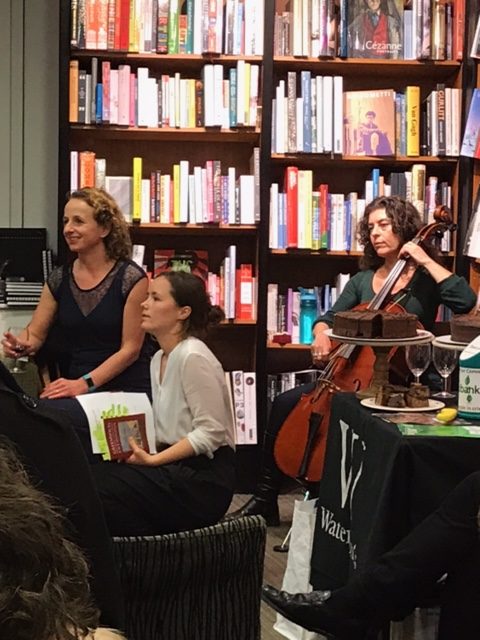 Both John Wilks and I have been tutors to this remarkable group who have now produced an anthology of their work – short stories, flash fiction, poems – including pieces by John and me.  Barbara Ward, a member of the group, has been the driving force behind this project.

John and I met when we were students on the MA in Creative and Life Writing at Goldsmiths, University of London. It has been a great experience for us to have been part of the Greenwich Creative Writing Group.

All profits go to the Greenwich Foodbank.

60 authors, 60 stories. Each story is no longer than 360 words long. Witty, poignant, entertaining, this anthology includes some of the best short short fiction writers around, including Lydia Davis, Roddy Doyle, David Gaffney and Gemma Seltzer. There is one by me too! Edited by Peter Blair and Ashley Chantler. The perfect little Christmas gift – and all money goes to Comic Relief.